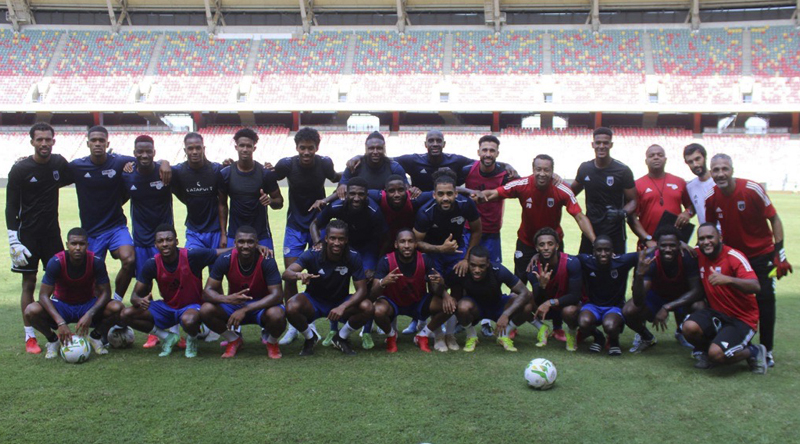 Football: Cabo Verde play against CAR today in a scoreable game of the first round of Group C to World Cup 2022

Praia, Sept 1 (Inforpress) – The national football team play today, at 12:00PM, at the Japoma Stadium in Cameroon, against the Central African Republic (CAR), in a scoreable game of the first round of Group C qualifying for the 2022 World Cup.

According to information from the Cabo Verdean Football Federation (FCF), the national team did on Tuesday the pre-match training session with 22 of the 26 called up.

The same source told Inforpress that the absentees were central defender Lorenzo Fonseca and winger Vagner Dias, who arrived in Cameroon on Tuesday, having both rested from the trip.

Goalkeeper Dylan and left back Henrique will only be available for the match with Nigeria, which will be played on September 7, at the Adérito Sena Stadium in São Vicente. The FCF also reports that the match was scheduled to take place at the Reunification Stadium, but due to problems with the pitch of the stadium, was moved to the Japoma Stadium.